I spent my last semester at Union Theological Seminary thinking about the past. Ever since I learned, two years ago, about Walter Benjamin’s concept of the weak messianic force, I knew I wanted to write my thesis on it. The idea is mainly found in On the Concept of History. It outlines how a historical materialist reads and writes history, among other things, ‘happiness’. I was struck by the weak messianic force for a few reasons. First, it gives present humanity a way to redeem the (forgotten and oppressed) past through collectively remembering those on the margins. It’s kind of like a pre-People’s History of the United States. Second, I have been obsessed with weak thought (Vattimo and Caputo) for quite some time and it gave me a chance to re-read some of my favorite texts. Thirdly, Benjamin wrote this text merely months before he committed suicide. Meaning up until his death, he was thinking politically and theologically about how the world could be more just. I too hope that I will work for justice until my death. It’s through Benjamin that I have been more keenly aware of oppressed and forgotten peoples in the US: from Indigenous peoples to #BlackLivesMatter to immigrants.

As well, Benjamin haunts the way I view time. I continually ask myself whether I want to act in empty time or messianic time? Do I need that extra time in the morning to sleep or attend a Fight for $15 protest? Am I hanging out with those who will challenge me or with those who will push me to become a better Timothy? Now these choices are not always black and white, and sometimes I choose self care, which is all good and fine. I just don’t want to do it all the time.

Although I haven’t read enough Benjamin to know whether he writes on solidarity, I believe his goal for us in the present is to act in solidarity with forgotten and oppressed people. One of my favorite scenes in The Motorcycle Diaries happens near the end of the journey while Che and Alberto are at the Peruvian leper colony. They danced on the north side where the doctors and nuns reside and celebrated Che’s birthday. Che though did not want to end his celebration there, but swam across the Amazon River to the south side to be with those with leprosy. This was truly an act of solidarity. To side with and be with those whom society has deemed worthless, forgettable. 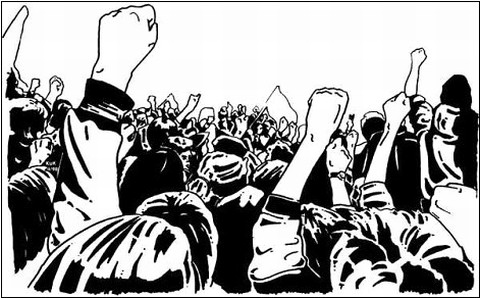 For me this trip to Iraqi Kurdistan in many ways is about solidarity. To not allow US media outlets dictate how I perceive the Middle East. To travel and listen to those who have been forgotten, who are refugees in their own country. To give the Kurds other US faces to see than those behind military uniforms. Benjamin wrote that it’s important to not try to look into the future because at any moment the Messiah or revolution might break in.

May it be so and may the peacemakers be on the front lines.