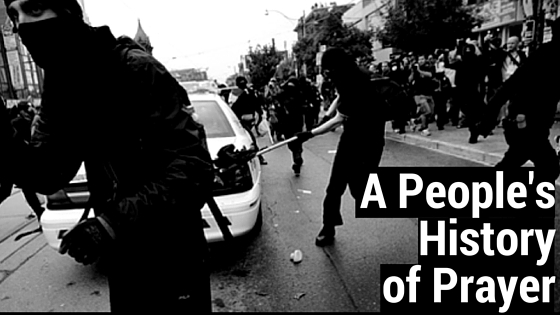 Ever since I first heard of A People’s History of the United States by Howard Zinn, I have been fascinated with the series. Most recently I read An Indigenous People’s History of the United States by Roxanne Dunbar-Ortiz. Her thoughtful prose and love for the subject has filled me with such intrigue and sorrow for all the ways we have and continue to displace and oppress Native Americans. I highly recommend it to raise one’s social consciousness.

This semester our chapel staff at Union Theological Seminary suggested the theme of prayer. Immediately, A People’s History of Prayer came to mind. I decided to take it on, in which I will, as Walter Benjamin famously wrote, “brush history against the grain” and mine for forgotten/neglected prayers, poems, and/or pleas of the people.

I hope for this project to be weekly, sometimes with commentary and other times just their prayers.