An accidental forte I’ve developed over the years is not staying in one place for too long. In the last six years I’ve moved over ten times and this doesn’t count the in-between months of staying on friends’ couches. When I visited my parents’ house at the beginning of the summer my dad counted how many times my brother and me have moved. It was a feat. My parents had moved twice since they married in 1983. Although, we went on many road trips across the US to see outstanding landmarks, we were always tourists.

Last year Penguin book released a series titled “Philosophy In Transit.”The concept of the series is to be a good commuter book, as well emphasize movement(s) in philosophy. The first book in the series, Truth, was written by postmodern philosopher and theologian John Caputo. He reveals that the history of the philosophical tradition was very localized yet spoken universally. For example, Immanuel Kant, lived in Königsberg, Prussia his entire life. The problem isn’t that he never moved. The problem is that he taught at least one Geography course a year at the university where he described that those who lived in African countries could not develop intellectually as Europeans because of the warm environment. Disgusting!

I am not trying to suggest that those who live in the same area for their entire lives that somehow are intolerant. With the presence and shared platforms of the internet, social media, and global news, socially and politically aware people show up from everywhere. What I am suggesting though is that one may be limited in experiences with otherness, especially in homogenous areas, which can be a struggle.

The news for these last few weeks has focused on the millions of refugees who have no choice in the matter of leaving their homes. They leave out of desperation, never out of privilege. They are forced out because of violence, war, and drought.

Poet Warsan Shire sums up the conditions of refugees as,

You have to understand, that no one puts their children in a boat unless the water is safer than the land. No one chooses refugee camps or strip searches where your body is left aching or prison, because prison is safer than a city of fire and one prison guard in the night is better than a truckload of men who look like your father.

This is so heartbreaking. Refugees exist because their homelands are unsafe, inhabitable. They seek safety and refuge. Their journeys are full of tears, stress, and the smallest hint of hope for another world. A world where violence no longer exists; where womyn are treated with dignity and respect; where they can practice their faith freely; where children can grow up without fearing their neighbors and government. I pray for this world as well and try to enact it too.

Migration and refugee status is as old as Abram. Genesis 12:10 explains the beginning of his family’s refugee journey: “Now there was a famine in the land. So Abram went down to Egypt to reside there as a refugee, for the famine was severe in the land.” God promised Abram another world, a land full of life, but first he had to become a refugee. I pray for the safety of refugees around the world. I pray for the countries accepting refugees that they may be hospitable and have plentiful resources for all who enter. May perspectives be transformed. May love abound. May we care for another without judgment. 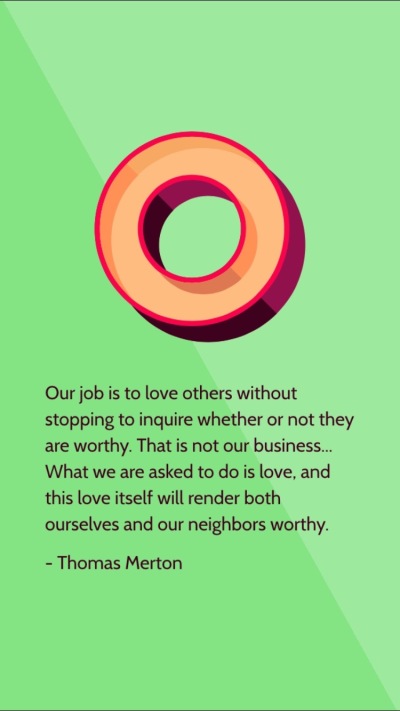