[I preached this sermon last Sunday at Broadway Presbyterian Church in NYC. I’ve included the passage, prayer, and sermon. It was written between overnights at the shelter, a Student Senate Retreat, and supporting another friend who preached earlier that morning.]

Mark 1:14-20 NRSV
Now after John was arrested, Jesus came to Galilee, proclaiming the good news of God,
and saying, “The time is fulfilled, and the kingdom of God has come near;
repent, and believe in the good news.”

As Jesus passed along the Sea of Galilee,
he saw Simon and his brother Andrew casting a net into the sea—for they were fisherfolk.
And Jesus said to them, “Follow me and I will make you fish for people.”
And immediately they left their nets and followed him.
As he went a little farther, he saw James son of Zebedee and his brother John,
who were in their boat mending the nets. Immediately he called them;
and they left their father Zebedee in the boat with the hired men, and followed him. 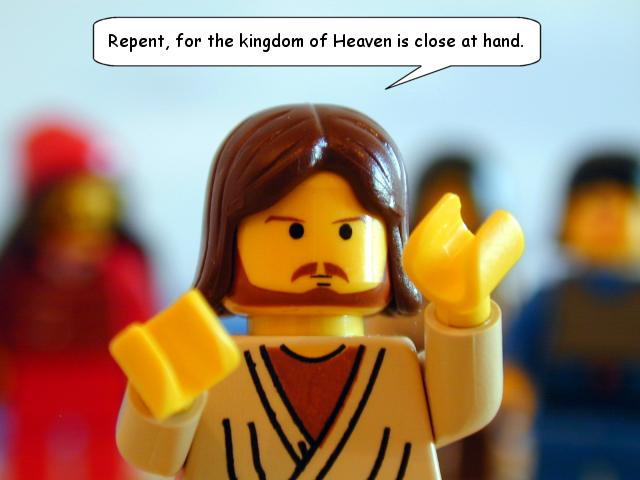 Prayer: Oh God, we can be a stubborn people. We like things the way they are. We depend on being comfortable. But you, O God, search for us, and push us in directions that some of us would never have imagined. This morning, open us to hear a tender and vital word from you. We ask this in the name of the one who calls us to follow. Amen.

This past week has been exhausting, exciting, anxious-ridden, and surreal all at the same time. With Martin Luther King Jr. day, the start of classes, and the Emergency Shelter Network Annual meeting, it couldn’t be anything, but less. What I want to highlight is the Annual Meeting of the Emergency Shelter Network (ESN). It was held on the third floor of the Fifth Ave Presbyterian Church. 30 people were present, representing about 40 churches in the 5 boroughs. The deputy commissioner of Homeless Services shared some of the ways the city was helping house people, along with some overwhelming statistics, including that NYC in 1983 14,000 people were in shelters or on the street. In 2008, when ESN became a non-profit, 35,000 people were homeless, and the count in December 2014, our city has over 60,000 people without homes. After hearing these statistics, a hush swept through the room. A shelter coordinator piped up and asked, “Is anything we are doing actually alleviating poverty?” No answer was given that night. We moved onto other subjects and eventually spent the rest of time discussing ways to recruit volunteers. Because unless your church or synagogue that has over 1,000 members and hosts a shelter once or twice a week, you are probably scrambling to find people. Needless to say it wasn’t the most uplifting meeting I’ve ever been to. As I made the trek back to 1 train, I just couldn’t get out of my mind, the purpose of a volunteer.

Before I became the volunteer coordinator at Broadway Community, for years I volunteered at food pantries, soup kitchens, and shelters. I volunteered because it made me feel good, which is how some of the other coordinators at the meeting told us to pitch it to those wanting to volunteer. “It will warm your heart to help those in need” and “build your resume.” Or even “just doing a little can go a long way.”

And with the backdrop of American Christianity, I can hear some of these same reasons for why one would want to call themselves Christian. “Follow Jesus, my friend. It’s easy; just say a prayer and you’ll be right with God.” Or “read your devotions in the morning, I do, and it’s like they last the whole day.” And often, this is how we read the discipleship stories. Jesus comes walking along this beautiful beach, happens to run into some fisher folk, calls out to them, “Hey, follow me.” It doesn’t take them a second to think about it and they’re following Jesus.

But reading our passage today, it seems more complicated than just Jesus moseying by the Sea of Galilee calling for disciples. Our passage begins with, “Now after John was arrested.” Let’s just have that sink in. In the ancient world, prisons were full of rabble-rousers, people who struggled economically, political prisoners, and those who didn’t abide by the Roman Empire. John the Baptizer fits all of those descriptions, as well, according to Mark, baptized Jesus forty days earlier. These are the kinds of people Jesus hung out with and even was baptized by.

Mark’s Gospel seems to point out that it was because of John’s arrest that Jesus’ ministry began. That there was sense of urgency.

And thinking about world history, there always seems to be something catastrophic that happens, that builds momentum for a movement. For us last year, it was the non-indictments of the police officers who killed Michael Brown and Eric Garner that lead to the movement Black Lives Matter. It happened in El Salvador in the 1970’s when Archbishop Oscar Romero’s dear friend was killed that he started to side with the oppressed. And it was the drought in the Caesarea in the 4th century, that St. Basil the Great emptied his barns, giving to those in need.

Jesus’ ministry starts in turmoil. During a time when everything wasn’t okay with the world. It wasn’t Bible Play Land, where the mountains are lush, the fishermen are always smiling, and Jesus’ hair is blowing in the wind.

John had been arrested and Jesus starts to proclaim the good news of God. Now we need to stop right here because in ancient Rome, this phrase good news was usually paired with Caesar, not God. The good news of Caesar included the Pax Romana, that if you didn’t assimilate to Rome’s ways you would be killed or enslaved. Additionally, it was written in several places in the Empire, “the birthday of the god Augustus has been for the whole world the beginning of good news concerning him; therefore let a new era begin from his birth.” These were the kinds of proclamations Jesus had to compete with. When we proclaim the good news of God, we are proclaiming that no person, nor political or economic system can hold a candle to God’s Realm. This is what Jesus is declaring.

Then Jesus exclaims, “The time is fulfilled, and the kingdom of God has come near; repent, and believe in the good news.” God’s Realm is so close we can taste it. We saw a glimpse of it at Jesus’ baptism. God is ready to take reign of the world bringing true justice and equality. I get so excited by these words, “the kingdom of God has come near.” It fills me with hope, but Mark wastes no time. He immediately has us walking beside Jesus along the Sea of Galilee.

There we meet two sets of brothers who also happen to be fisher folk, Simon and Andrew, and James and John. But here’s the weird thing. Rabbis, in the ancient world, would not go after potential students. Rather, students would follow the Rabbis around, trying to gather as much wisdom and hopefully they would be included in the group too. As well, the disciples who usually followed Rabbis were fairly educated themselves. Jesus goes against the business as usual Rabbi and disciple relationship. He goes out of his way to find those who were as John Calvin called, “rough mechanics.” Jesus could’ve called anyone, but he chose those who were not the elite.

And in the case of fisher folk, they were nearly in the lowest class of society, the artisan class. The Roman Empire also made sure that they stayed there through heavy taxation to the tune of 80% of fish they caught. Those fish would then be dried and salted at a factory, which was owned by the Caesar at the time. Then the fish sold would contribute to the benefit of the Empire, never the fishermen.

I wonder some of the thoughts going through the brothers’ minds when Jesus asked them to the follow him. Were they happy to give up the family business to follow this stranger? Had they seen Jesus hang around John the Baptizer and assumed that he was one of the good ones? Or were they frightened, not knowing what would happen next. Scripture doesn’t say, but I can’t imagine it being an easy decision. Simon and Andrew left behind their nets. James and John left behind their father. Following Jesus changed the course of their lives.

In 2009, I read many stories of saints of old who after hearing the Gospel message gave everything away and dedicated their life to helping those in need. I felt that this was what it meant to be a disciple (and still do). So during winter break, I donated most of my clothes to the shelter, and kept two pairs of pants, five shirts, and one coat. Mostly because after reading the words of St. Basil the Great,

I wanted to make sure that I wasted nothing. And there was something freeing about that experience. I felt closer to God and worried less about what to wear. A few months later though, I got a job at a Thrift Store and started to swap out clothes and things went downhill from there.

To follow Jesus, in a way, means to me to be less distracted. To not let petty concerns eat up your time.

We are not called to be volunteers for God’s Realm.
We are not called to add an hour or two a week to our lives, so that we can feel good.
Jesus disrupts our lives from the ordinary ebb and flow to an alternative way of life.
We are called to be disciples and to follow Christ wherever he may lead.
To leave behind those nets in our lives that hold us back from doing so. Whether that be our self-doubt, or anxiety about what others may think,
or that we do not feel worthy enough to do something like that.
Christ still calls over and over, yet never away from world, but into it.
May we listen to that call and leave our nets behind. Amen.