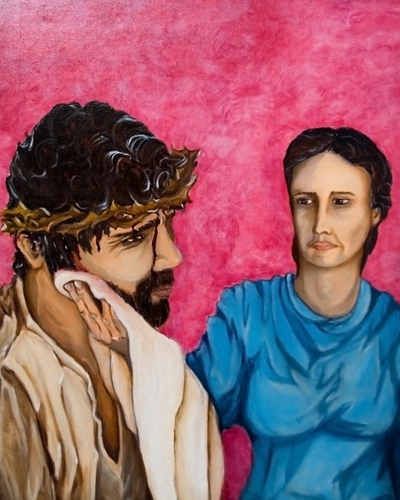 Wiping Jesus’s face on his way to death is seen as an act of charity, hinting at justice, a justice-to-come. In the Catholic tradition, the woman’s named Veronica, which in Greek means “true image.” A true image of God touches a true image of God.

Wounded God, Helpless Savior,
Our readied hands seek to help. Our palms are wide open.Help us to discern how to bring about the kin-dom of misfits and no-bodies. Guide us in empathy toward the battered, bruised, hurt, broken, and hated. Push us in the direction of justice beyond charity. Amen.