Pentecostalism has fed the fire of my soul since I was a young boy. I loved, endured, and thrived in prayer services, sermons lasting for hours, speaking in tongues, revivals, and energetic music.  As I got older I wanted more theological substance. Of course, there are plenty of Pentecostals who are informed on the origin of the Nicene creed or can demonstrate a depth of information about the Trinity; this was just not my experience. Since my departure at 16, I have treaded my way through many denominations including Baptist, Episcopal, Presbyterian, and currently the United Methodist. 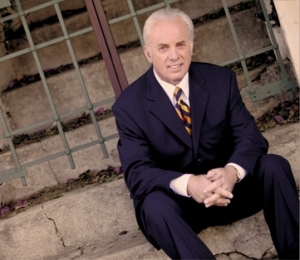 A few weeks ago,  John MacArthur held a conference, Strange Fire. It condemned the Pentecostal Tradition and the millions of people who worship God in this way all over the world. So I need to defend my own.

When I was twelve I wanted to read the Bible by myself. My parents read bible stories to me and my brother every morning before school and I heard many more at Sunday School. Yet, this was a chance for me figure out my own faith. So I started with 2nd Timothy, since I am the second one named Timothy in my family. When I began to read my NKJV on my parents’ bed, I immediately didn’t understand why Paul was writing to Timothy to tell him not to let womyn speak in church. This did not fit my own experience. I knew several women preachers and my great-grandmother spoke in tongues weekly. Immediately, I went out to the garage  and shared my confusion with my father. He responded by saying that this was a temporary and cultural passage. His words have stuck with me.

For Pentecostals, following God is performative. God is moving and we need to catch up. In the opposite direction, John MacArthur’s theological understanding does not allow womyn to preach, and his final Word is his own interpretation of the Bible. Pentecostalism in the US has a reputation of the being fairly conservative. They overly celebrate July 4th and often vote Republican. They evangelize when they meet new people and speak of God as if God is their best friend. Yet, Pentecostalism has not always been this ideologically conservative. I’m not saying that there is pure Pentecostalism; instead, that it has the tools for revolution and equality for all.

Let me break it down four ways:

Pentecostalism as democratizing: The most important theological concept in the Pentecostal movement is that God’s spirit is active and alive. During the church service, the spirit moves among the members and fills people with joy for dancing, speaking in tongues, being slain in the spirit etc. Note: the spirit does not discern whom the spirit speaks through. In my own experience, there were times in church that an interpretation of tongues was more important than the sermon itself. In spiritual-political terms, the spirit needs the people as much as we need the spirit to fully realize humanity. Similar to direct democracy, which is full participation of the people in the governmental experiment. Theologically then Pentecostals speak of the Trinity as economic rather than immanent. The economic Trinity is how the Trinity works in the world, how it interacts with others. The immanent Trinity is eternal, beyond humanity and the world. Thus Pentecostals focus on the economic and participatory elements of the spirit. Full participation in the active life of the spirit is mandatory.

Pentecostalism as anti-racist: The dissertation from Erik Hjalmeby summarizes the early anti-racism movement in the Pentecostal movement:

The beginning of the modern Pentecostal movement, within just the first two decades of the 20th century, was one of those rare occasions when black and white  Americans—black and white Christians—came together. At the Azusa Street Revival of 1906, it was reported: “Everybody was just the same, it did not matter if you were black, white, green or grizzly. There was a wonderful spirit. Germans and Jews, black and whites, ate together in the little cottage at the rear. Nobody ever thought of color.” Frank Bartleman, one of the early leaders and historians of the movement, perhaps put it best when he described the situation at Azusa Street in Los Angeles: “The ‘color line’ was washed away in the Blood.

For early Pentecostals, the spirit moved within all people. This lets our guard down and our hearts open to others we encounter. It’s hard to judge others when you know that the spirit moves through them just as well.

Pentecostalism as pro-immigration and anti-gun: In the Acts of the Apostles, the spirit swoops among those gathered for the festival of Pentecost in Jerusalem. When the spirit moved, the apostles spoke in the languages known to those at the festival. The writer of Acts describes the different people groups according to region. They represented a wide range of diversity. The spirit loves diversity, just read the rest of Acts, especially Peter’s vision on the rooftop (10:9-16). God’s spirit in its radical love pushes boundaries and rejects national borders, languages, etc. A few years back, I heard Brian McLaren lecture on the current situation of the global church. He shared a story of going to Brazil and listening to Pentecostals who were combating gun violence. He said they had drop-offs for weapons and cooperated with government and local leaders for gun law restrictions. I have yet to know any Pentecostal church to participate in this way in the US. Again, it is a different context, but Pentecostals in the US have the ability from the life-giving spirit to promote alternative ways of living.

Pentecostalism as feminist and anti-patriarchy:  Spirit and experience are the sources and norms for their theological reflection. They do their best to listen to the spirit to guide their lives. This does not discount the Bible as illegitimate. Yet their interpretation of Scripture is usually not found in a commentary, but in the experience of life. This is why Pentecostals sometimes metaphorize and allegorize Scripture. Growing up this was especially true for war passages in the Hebrew Bible. Their experience just doesn’t fit within the framework of war, but within the spiritual and social struggle of life.

Lastly, the spirit touches and moves all bodies. This is true for the early Acts community and the pre-Nicene church. Womyn were evangelists, preachers, apostles (Thecla) etc. The spirit promotes a radical egalitarian community. The early Pentecostal movement understood that, but as it became institutionalized the spirit was domesticated. The spirit stands on the outside of the institution pushing it towards radical inclusivity. I do not deny the work of the spirit in the church among the people; it’s more that I don’t believe the spirit is bogged down by organizations, rules, or logic!

The spirit is moving, let’s try to catch up!