Perhaps––who knows––He tires of looking down.
Those eyes are never lifted. Never straight.
Perhaps sometimes He tires of being great
In solitude. Without a hand to hold.

– the last stanza of “The Preacher: Ruminates Behind the Sermon” by Gwendolyn Brooks

In Plato’s Republic, poets were only welcome if they wrote praises to the gods. No verses of a new world with creatures found in children’s dreams. Or of new thoughts on ordinary objects. Poems had one purpose: to keep the citizens on the straight and narrow. Many other totalitarian governments have used similar tactics, including North Korea with their songs and poems directed toward their dictator. Restraining creativity has been one of the biggest jobs of the Empire or State. Other than holding citizens in debt, or demanding that they conform to Empire ideology, they keep us under constraints of the mundane.

The creative spirit does at times spring up like a flower in the concrete. I have seen this happen at protests, on yarnbombed trees in cities, and at an occasional potluck. Sadly, creativity in churches overall has dwindled to nil, if it was ever there. The words of Scripture too have been domesticated. Forcing it to be read as a devotional book. Scripture has potential for liberation, love, creativity, and transformation. Yet, for the last 200 years the interpretive keys unlock only the literal or extremely basic historical understanding.

Let me present another possible view of Deuteronomy:

During the reign of Josiah, the priests find one of Moses’ book stored away (wink wink). They bring it before the king, and he tells the people that they are going to live by it. That’s not even the interesting part. (The majority of the Torah was not written until the Exile and after.) Fast forward to the high point of the historical critical era, early 1800’s. Scholars, specifically W.M.L de Wette, discover that Deuteronomy resembles  an Assyrian vassal treaty. These treaties were placed in sacred sites of tribute paying countries.

In ancient Judah, after 722 BCE and before 600 BCE, when one would walk into the Temple in Jerusalem, one would see the Assyrian treaty describing in theo-political terms what Assyria and its king wanted from your country. This would include taxes, tributes, and other Empire building measures. Directly beside it, in rebel-like fashion was the book of Deuteronomy, telling Judah what God wanted from them! The decision was easy for the people entering the Temple whose law they were going to abide. Thus, one can come to the conclusion, as I have, that Deuteronomy is a theo-politcal book, written in honor of Moses and against the Assyrian Empire. God is the one who freed them from slavery under the hand of the Egyptians. The very opposite of the Assyrian king who enslaves them with taxes and tributes. For this reason, its Ten Commandments describe God as Liberator.

When I first found this information out in my historiography class of Ancient Judah and Israel, I raised my hand to ask how long after was this view forgotten. In other words, when did this book become something other than resistance literature and into something sacred and revered? After one generation, my professor responded! Wow! This resistance text was domesticated in a matter of forty years.

It’s the poets and the prophets who have the greatest memory. They remember the history of suffering and dream of liberation. They hope when all hope is lost. They are on the front lines fighting for a new world, where justice will reign, and people will be treated dignity. Where schools will have enough funding, and homelessness no longer exists. We need them more than ever and they are us! We must be the dreamers, schemers, poets, and prophets. King, X, Romero, Daly, Williams left us with gigantic shoes to fill.

Resistance literature doesn’t write itself, nor depending on others to march in Washington for us. Embodying love is not an easy task, but if we slow down, it could end in one generation. 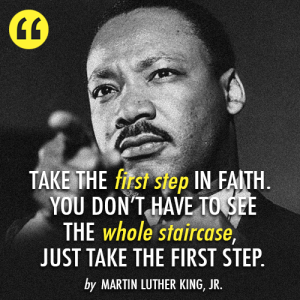