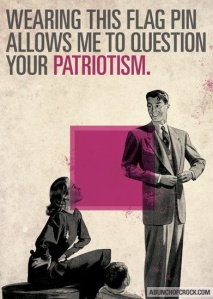 A reporter from AFP.com noted that:

“This election is about fundamental freedom,” Santorum said, focusing his criticism on President Obama who, in his words, “refuses to lead.”

This criticism was directed at President Obama for not leading the discussion with Occupy Wall Street. Santorum believes in something fundamentally patriarchal that those in authorities should have the first and last say in discussions. For Santorum, the President (or the Great Patriarch) must make all of the decisions about the direction in which this country is run. It seems that Santorum does not want a dialectic between those “in power” and those “adhering to power.” The Occupy Movement must then show Santorum how to perform non-hierarchical governing. There must be more mic-checks at his rallies, and demonstrations of how one can live alternatively without the patriarchy.